What I did on my holiday, part 3 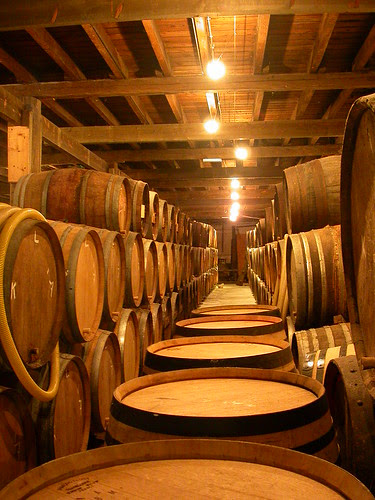 Our hotel was almost deserted on Monday morning, in stark contrast to the previous day. We checked out nice and early and went into Bouillon for a bit of shopping. The only supermarket in town is a branch of colruyt. I don't know the pecking order of Belgian supermarkets, but colruyt appears to be at the budget end. They did have some Luxembourg wines and Duvel beer though, which is all we wanted. At the checkout we found they don't take VISA cards - luckily we still had enough cash on us.

After a trip to the bank to top up our cash reserves we wandered around Bouillon for the last time. We also bought a big box of real chocolates and some local beer in a gift pack with a glass.

The drive to Brussels was largely uneventful, although the sat-nav took us down some rather narrow shopping streets in the southern suburbs. We arrived at the Cantillon brewery museum just before lunch time.

We had hoped to find a nice little bar to have lunch in. However, that part of Brussels has a largely immigrant community and bars were thin on the ground. There were a few sandwich shops, but we settled on a Lebanese fast food joint, and had a couple of delicious pizzas which were very good value.

Returning to the brewery we did the self-guided tour. As on my previous visit more than ten years ago, and when we arrived that morning, there was a school trip having the guided tour. I hope Belgian schoolchildren realise how lucky they are to have such interesting visits! After the obligatory tasting I bought a dozen bottles and a T-shirt. I bought 3 each of Grand Cru Bruocsella (75cl), Gueuze (37.5cl), Kriek (37.5cl) and Rosé de Gambrinus (37.5cl).

On my previous visit I bought a lot more than this, but the UK pound wasn't quite so weak back then. These are beers for keeping. A few weeks before the holiday Sarah and I drank my last bottle of Rosé de Gambrinus. Although it was over ten years old it still tasted perfect, with immense depth of flavour.

Leaving Brussels before rush hour, we drove to the little town of Ittre where we stayed our final night. We had a swim in the hotel's pool, then had a look round the town. It was very quiet.

That evening we went to a restaurant called l'Abreuvoir. This was a stunningly good choice. We were lucky to get a table, as it was almost fully booked. (A couple who arrived shortly after us were turned away.) There was a written monthly menu, but the better option was the daily menu, which was recited by the waitress. This cost a mere 30€, including wine. The food was imaginative, fresh, and tasty. The service was friendly and efficient. This was not only the best meal of the holiday, it was the best meal out Sarah and I have had in years.

We came home the next day, after looking round Bergues (where we also had lunch) and shopping in Calais. All in all, a most enjoyable short break.
Posted by Jim at 17:10 No comments:

What I did on my holiday, part 2 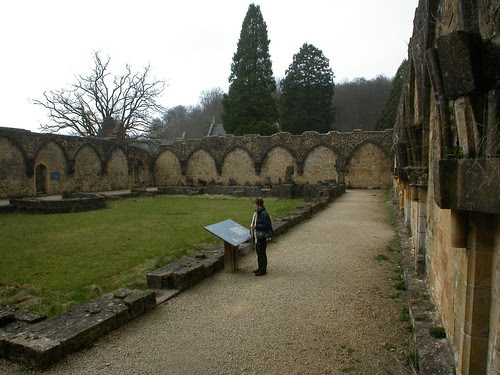 On Sunday we visited the Orval abbey ruins. My main interest in Orval is, of course, the beer brewed there. After many years of serious beer drinking I've decided it's my favourite, as long as it's been maturing in the bottle for a year or more. The brewery (and cheese factory) are part of the modern abbey, and so not open to the general public, but the ruins of the old abbey are open and well worth a visit in their own right.

Orval is a short drive from Bouillon, and we arrived before the main rush of tourists. Since my last visit, many years ago, they've opened a museum in the foundations of the 18th century buildings. I was surprised to discover that the monks of Orval used to run iron foundries, and had a strong line in cast iron fire backs. By the time we'd finished looking around the crowds were beginning to build up. Pausing only to buy some postcards and two cases of beer from the gift shop we set off to see some more of the sights.

The Semois river has carved a very attractive valley with numerous bends and loops. After a picnic lunch near Chassepierre we went up to the 12th century castle in Herbeumont to view the "Tombeau de Chevalier" - a hill shaped a bit like a medieval tomb formed by a meander in the river. Rather more impressive is the "Tombeau du Géant" a bit further down river.

On returning to Bouillon we found it absolutely heaving with visitors, with hardly a car parking space to be found. However, an hour later it was even quieter than when we arrived on Friday. That evening we decided to splash out on a more expensive dinner. We went to "La Pommeraie", a hotel restaurant with a very imposing location overlooking the town. Unfortunately the food didn't live up to the location and decor.

Still to come - the Cantillon lambic museum brewery.
Posted by Jim at 17:33 No comments:

What I did on my holiday, part 1 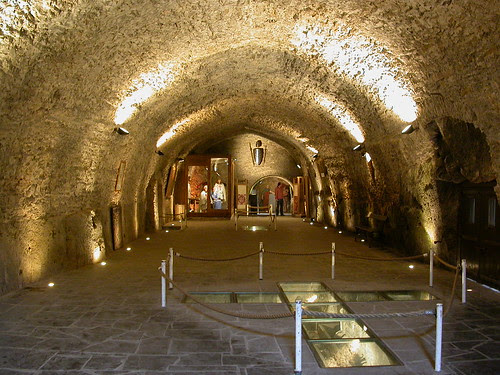 Sarah & I have recently returned from a brief trip to Belgium, staying three nights in Bouillon and one in Ittre. We had an enjoyable long weekend, with good food and drink, good weather and some interesting sightseeing.

We left home soon after 8 am on Friday, 3rd April and arrived at the channel tunnel in time to get on an earlier crossing than the one I'd booked. (I always like to allow extra time, and travelling off season means there is often room on an earlier crossing.) As we had some extra time, we decided to break our journey by visiting a supermarket on the outskirts of Bruges to buy some "Brugse Zot" - Sarah's favourite beer. This took longer than expected, as the traffic was bad and finding a supermarket not too easy. Its location has now been stored in my satnav, so next time will be easier.

We stayed at the Auberge d'Alsace in Bouillon. Our good sized room had a nice view over the Semois river. It also overlooked a road, but traffic noise wasn't too bad.

On our first evening we did a quick recce of all the restaurants in the main part of the town, then chose "Le Majestic". This is on the Quai du Rempart, which seems to be where all the chip shops and fast food joints are, but appeared to offer something a bit further up the scale. The menu looked good, with game and fish well represented. However, the presentation was lacklustre, and the food unremarkable. We did have a very nice bottle of Alsace pinot noir though. If the UK pound was still worth 1½ Euros, or even 1¼ as it was last summer, I'd have said it was a good value meal, but at 1.099 Euros to the pound it wasn't.

On Saturday morning we had a look round Bouillon. There was a medieval market that weekend which seemed to be attracting a lot of visitors. Bouillon is obviously a popular destination for weekend coach trips. The sleepy little village of Friday evening, with restaurants closing as early as 8:30pm, was transformed into a busy town.

That afternoon we visited the Château Fort, Bouillon's main tourist attraction. This medieval military castle is well worth a visit. Unlike many castles it has not been transformed into a stately home, and you still get a sense of what it might have been like in the middle ages, particularly when walking along the dimly lit underground passageways. The picture above shows the 13th century "Godefroy de Bouillon chamber", which is hollowed out of solid rock. An additional attraction at the castle was a display of birds of prey, every half hour. We didn't bother with this, taking advantage of the rest of the castle being fairly quiet while everyone else was watching the birds.

Saturday's dinner was a big improvement on the previous evening. We went to La Vieille Ardenne, a popular café restaurant on the "Grand-Rue". This is a place that has a bit of passion about it. The food was excellent and the service good. Probably the best place to eat in Bouillon.

Still to come - the Orval monastery and the Cantillon lambic museum brewery.
Posted by Jim at 09:15 No comments: