The "Molli-bahn" - a narrow gauge steam railway in north Germany

On our recent holiday in Germany Sarah and I stayed 3 nights in Bad Doberan and had a ride or two on the "Molli" bahn, a 900mm gauge railway that runs from Bad Doberan (where it connects with the main line) to Kühlungsborn on the Baltic coast. The first stage (Bad Doberan to Heiligendamm, 6.6km) dates from 1886, and the second stage (Heiligendamm to Kühlungsborn, 8.8km) from 1910. It's all single track, with passing at Heiligendamm station.

Our hotel was nice and close to the station. I recorded this video the afternoon of our arrival. Not a bad view from a hotel balcony! (Sarah was less impressed when we discovered that the first train in the morning arrives at 07:21, in similar noisy fashion.) 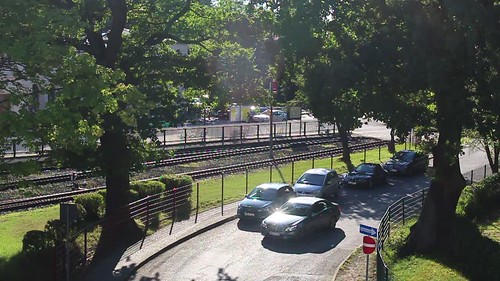 All these pictures and videos are hosted on Flickr, from where you can view or download them at full resolution.

The next day we went by train to Kühlungsborn for a day at the seaside. The first pictures are of the loco being run around at Bad Doberan. 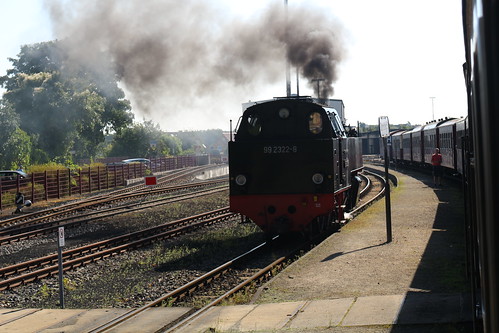 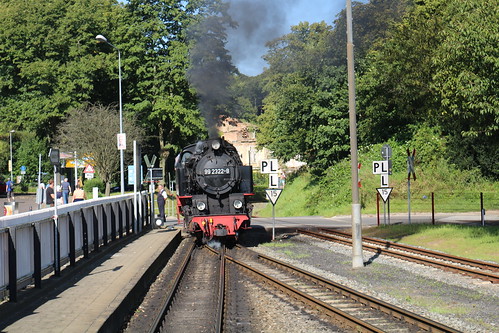 We got the best seats, right at the front of the train with a good view of the engine. One of the delights of the "Molli" is its street running in Bad Doberan (with continuous bell sounding). 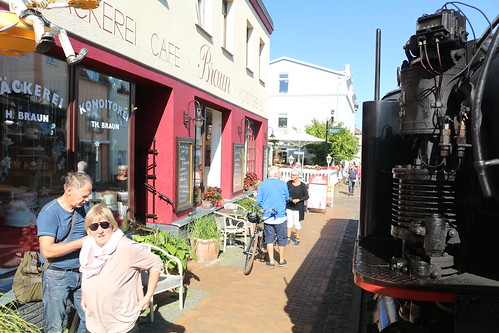 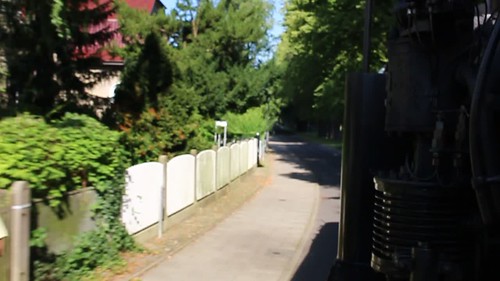 Once off the streets it can go a bit faster. 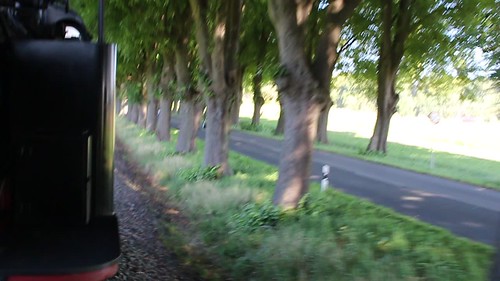 I'm quite pleased with this video of it setting off from Kühlungsborn Mitte. 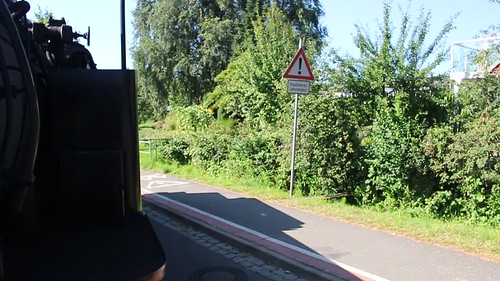 The beach at Kühlungsborn is long and sandy, and the sea is beautifully clear. We both had a swim and then had a lunch of fish and beer. 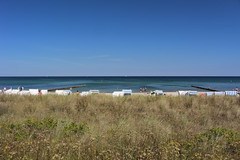 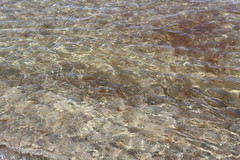 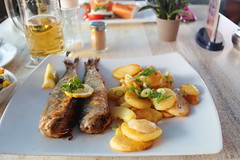 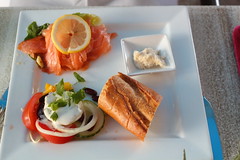 At Kühlungsborn West station there is a small museum. 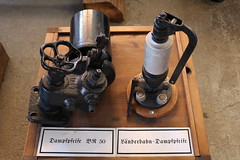 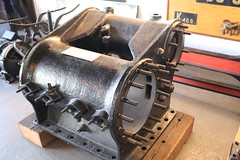 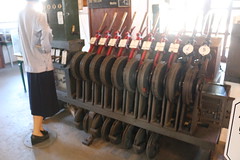 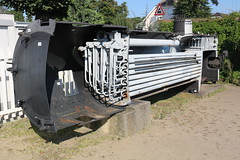 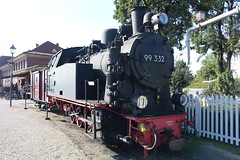 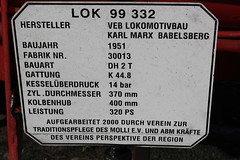 For our return journey we got the best seats again, this time right at the back of the train. 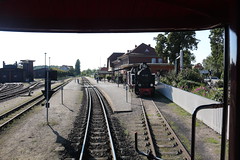 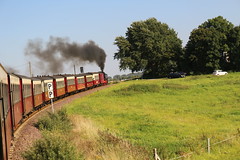 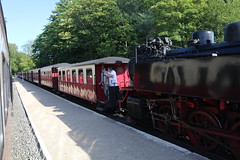 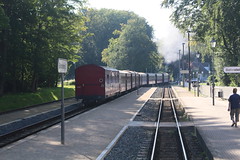 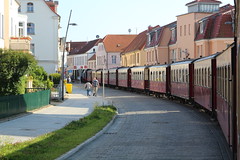 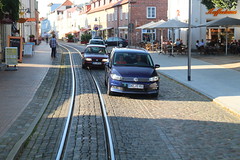 At Bad Doberan the last two trains of the day have 5 of the 10 carriages uncoupled and moved to a shed. 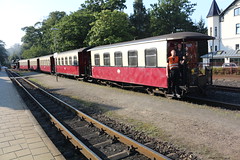 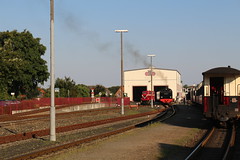 The loco is then coupled to the remaining 5 carriages, plus saloon and luggage wagons, before leaving for Kühlungsborn where it spends the night. 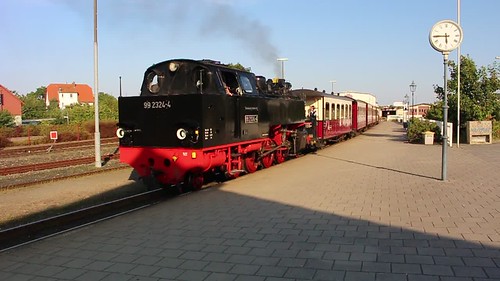