Making a canopy for my Wilesco traction engine, part 1.

One of the less realistic parts of the Wilesco D415 (kit version of the D405) traction engine is its canopy. It's too long, too high, and in my case doesn't fit very well (although the fit could be improved with a bit of tweaking).

This post describes the preliminary stages of making a replacement canopy. In part 2 I commit the design to metal. 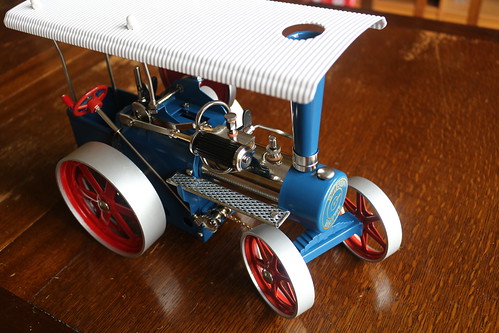 After looking online at lots of traction engine pictures I decided my toy would look better with something like this. 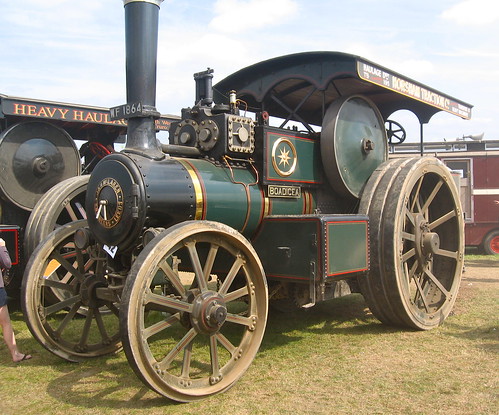 I started by prototyping the canopy itself in cardboard. I drew suitably shaped cross members with the venerable xfig drawing program, printed them out, stuck them to some thick card and cut them out with a Stanley knife. After gluing on the top and sides I had a rough idea of what my design might eventually look like. This also allowed me to estimate how much shorter the new (straight) support struts need to be. 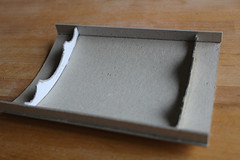 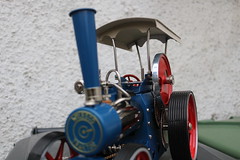 Before cutting and soldering sheet brass to make the canopy I needed to make a jig to hold the support struts in place. I used a bit of kitchen worktop offcut (solid beech, 28mm thick) and drilled 3mm holes for the stainless steel supports. According to my measurements the rear supports are 46mm apart, the front ones are 49mm apart, and there's 103mm between them. Making the jig allowed me to verify these measurements. 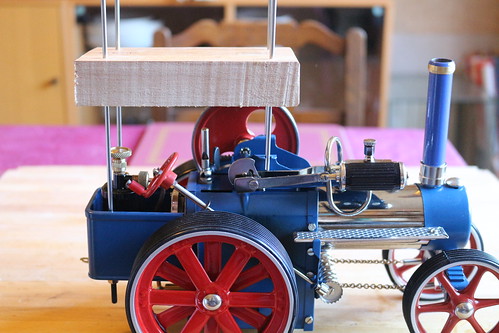 Unfortunately my cheap drill stand is not very consistent and the holes aren't exactly parallel. I won't tell you how many earlier attempts were discarded. 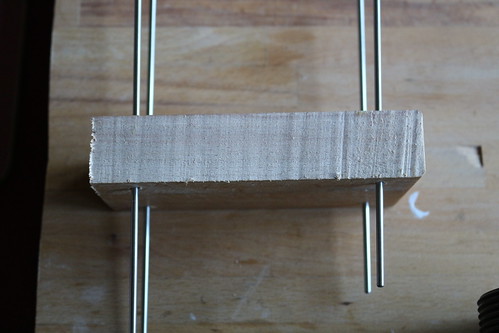