In my last post I wrote about my attempts to measure vignetting in the lenses I use with my DSLR camera. Another lens problem that the camera can correct (but only for Canon lenses) is lateral chromatic aberration.

To determine the amount of correction my lenses need I printed out a simple test chart and photographed it at a variety of focal lengths. I also tried different apertures, but the correction required does not vary with aperture. Here is one of my photographs. 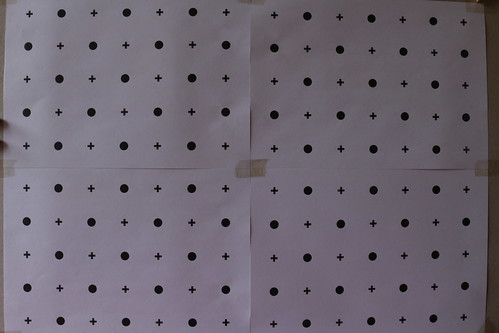 I tried to write some software to measure any disparity between red, green, and blue images, but failed to achieve anything usable. I settled for judging the error by eye using this simple Pyctools network. 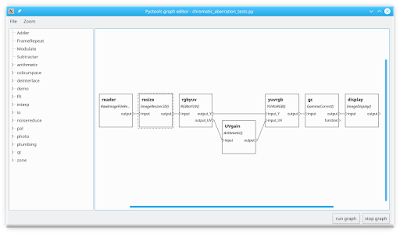 The "reader" component has options to scale the red and blue images to minimise chromatic aberration. By adjusting the scale values and then re-running the graph I was able to find good values for each of my lenses, at several focal lengths for the zoom lenses. The "UVgain" stage makes it easier to see the aberration. Multiplying the U signal by zero and the V signal by 8 or 16 makes it much easier to tune the red scaling, and vice versa to tune the blue.

I've now reached the stage where I can process my "raw" camera images and get better looking results than from the camera's internal processing. I've combined all my chromatic aberration and vignetting measurements into an easy to use Python script. I expect to continue to improve it in future.
Posted by Jim at 15:46 No comments: 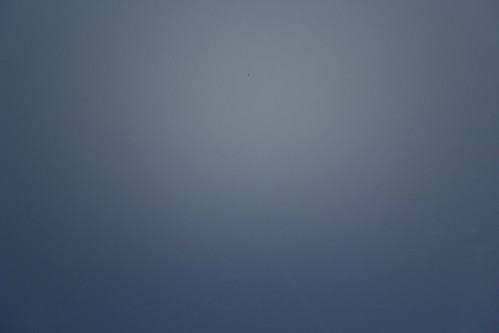 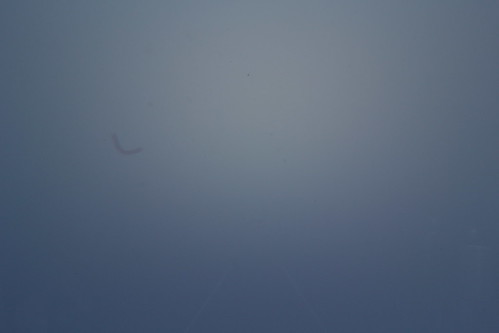 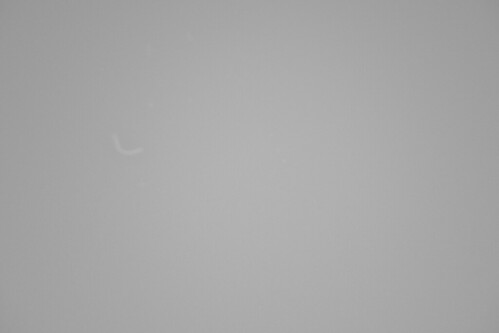 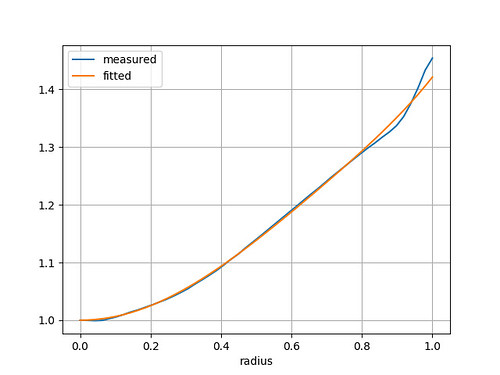 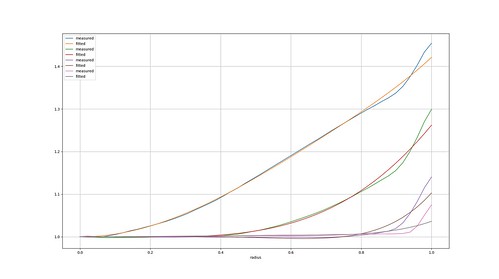 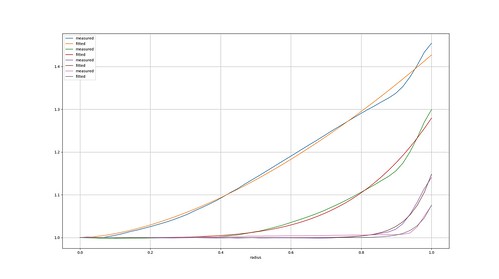 I'm a huge fan of the Aardman Animation children's TV series "Shaun the Sheep". Although it's nominally a children's programme there is a lot in it for adults as well. I particularly like the references to things that not many children would be aware of. Here are a few that I've spotted. I'll add more when I find them.

This episode borrows a lot from "King Kong". 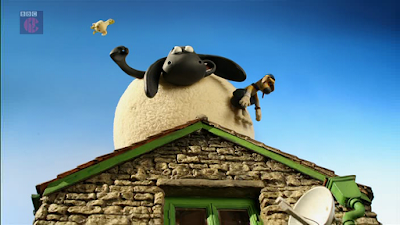 Timmy's graffiti looks like a "Banksy" to me. (Note - this episode is not broadcast in the UK as it might encourage vandalism. The still is from German TV.) 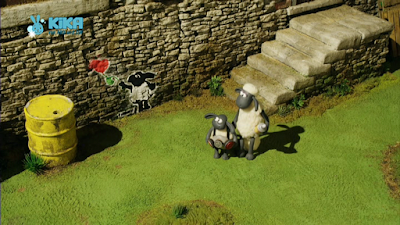 A birdwatcher points his binoculars at a pair of crows. One of them turns and grins in a way that reminds me of Eric Morecambe.

The jigsaw is a bit like Constable's "The Hay Wain".  Or maybe not. Please yourselves. 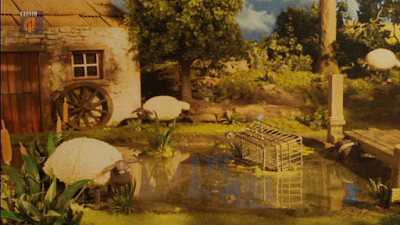 This episode climaxes with a lovely homage to Eisenstein's "Battleship Potemkin". 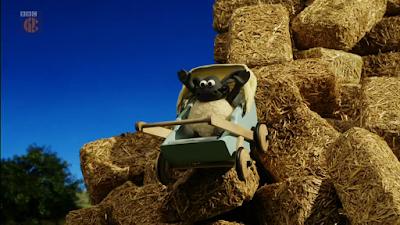 The sheep cook a meal for the farmer, but various mishaps delay the dessert. Bitzer provides some entertainment, perhaps inspired by Manuel and Polly in "Fawlty Towers". 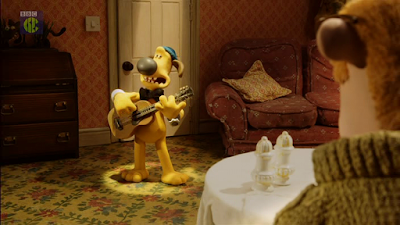 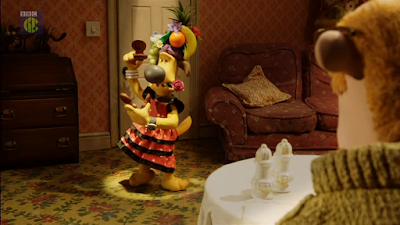 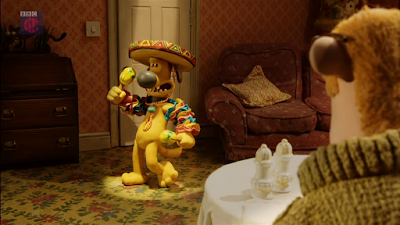